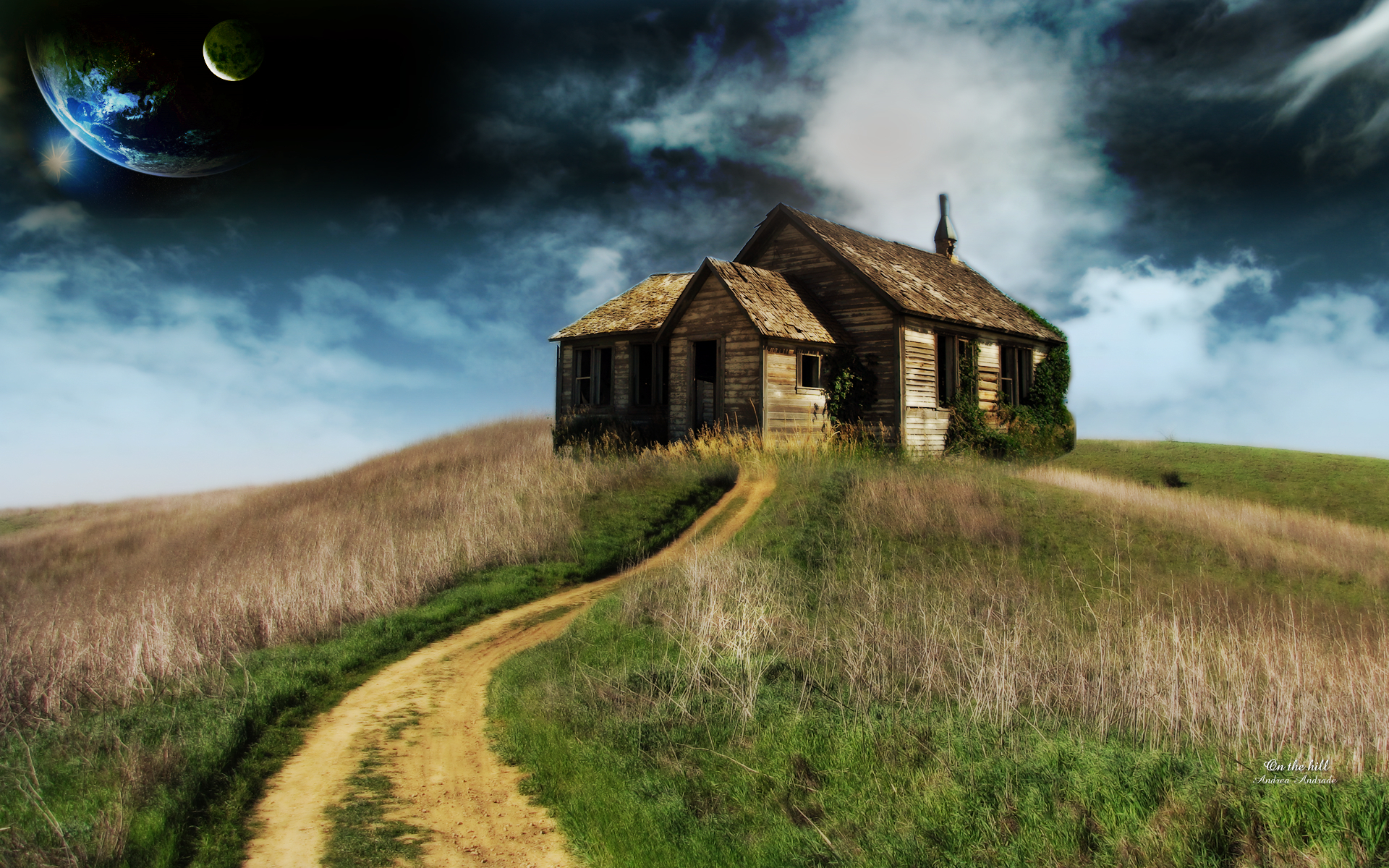 I believe that in the dream state, perhaps between being fully asleep or awake, that we have the ability to in a way, leave our bodies, travel to another dimension in our mind-spirit, while the body in remains here.

It is in this state that our deceased loved ones can visit more easily, or even at times we can travel to higher planes to meet with more evolved spirit beings.

Last night / early morning was such an event.

I found myself standing on a hill over look a valley near a home. On the road coming toward me drove a car, with my grandmother and her husband (both passed) They pulled up and we went inside the house which they referred to as the meeting place.

I do not remember too much of our conversation other than casual greetings and asking how I was doing.  A few other people starting coming into the room.  A skinny man with grey hair who I recognized as my grandfather but I had never met him in real life as he died in 1972, 4 years before I was born. Had a drink in his hand and was smiling at me, then just walking back and forth in the room somewhat nervously.

Then a woman in a nurse uniform, like a 1950s nurse uniform came in the room smiling, big smile, bouncy curly brown hair, blue eyes, nice figure and very friendly.  They called her Nurse Betty. She smiled at me and said "Hello Todd, it's nice to meet you." I asked who she was and there was a vibrancy about her, even a light. She responded that she belonged to my father, she was his healer or spirit guide of sorts and that he had told her a lot about me.  She said she was working to heal my brother Tim recently with my dad hanging close and were so happy he pulled through, and that it was not his time yet.

I was just about to ask where my dad was.. when I suddenly just felt him come into the room behind me. I just knew.. I felt his love like a 360 degree hug that made my chest tingle and immediate tears to my eyes.  I said hey old man, and turned around and there he was.  "Hey Jump."  And he came up and hugged me.  He looked quite thin as he had appeared before he passed away but vibrant and healthy and his face was gleaming, bright eyes and big smile. "It's good to see you."

Everything was so vivid, colorful, very real. Everything from the sounds, the sights, even the smells. My dad still smelled of cigarettes. But not in the way on earth in which the smell would overpower you or disgust you, but almost as if you were smelling an emotion.  It permeated and lingered about his energy.  I said "Man, you still smell of smoke.. you realize you can't smoke anymore."  He said "Yea I know, but part of me still craves it."  I said "Yes but that's not you.. that's old energy you need to let go of that."  I saw his brother come in and sit on the couch telling jokes with my dad.

I then walked over and looked outside of an opposite door of where I entered. (I came in a different door than all the spirits.)

My dad said, "Don't go out there, there are lost spirits out that side. This is a meeting place between you and the spirit world."  I saw out the door and it was like a dark, abandoned town.

I asked where Nanny was, he replied she was in a place like that between places.  Perhaps healing though she passed away years ago.

We sat down on a couch together.  I remember telling him, "I can't believe how real this is, I know I am sleeping. I know I am going to wake up and leave you, I wish I could sit and talk with you for hours and ask you questions.  Will I remember this when I wake up?"  He replied "Yea you will Todd, but it will be pretty fuzzy."

He asked me how Tim was doing.  I said "he's doing pretty good and changing his life around."  My dad smiled and said tell him I love him.  He asked me how the kids were doing.  I said "Don't you watch in on them, how many do I got dad?" He replied 4 and a half. And chuckled.  "I said what do you mean?"  He said "Well you almost had 4 kids, either Sherrie* lost a child and did not know it, or hid a pregnancy from you.. the spirit did not come through but it was close."  I said "What?!  Are you kidding me old man?" (Sherrie was a woman I dated briefly a years after my divorce)

He moved the subject along and just said he was proud of me and to hang in there.  I wanted to ask him about stress, and all the anxiety I am going through, and what to do to get out of my financial struggles.. He said you do a lot for the kids.. don't worry you will be ok.  Love you Todd.

I looked around my bedroom. Everything seemed so grey, so drab and coloreless, so devoid of energy and empty.  I felt as if I was the one in the dark place where lost spirits go.

I miss her dearly