Showing posts from April, 2017
Show all

THE GHOSTS THAT HAUNT ME - Contacting Dad through Music 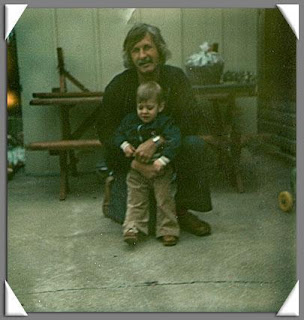 As I jump ahead to more recent times, a lot of life changes have come my way over the past 4 years. One major life experience was losing my father in September of 2012. My father Richard, had passed away in his sleep due to complications from ongoing heart disease. I had just recently moved 3,000 miles from the east coast to the west coast to the state of Washington. My father had suffered for many years toward the end of his life, very severe depression, and on occasions had actually attempted suicide.  At times he would just sit and stare at the walls, as if his normal self was not present in his body.  When he was well, he was jovial, witty, liked to joke around, would talk your ear off and tell strangers on the street his entire life story if they allowed it. Surprisingly a month before he died, he called me out of the blue for my birthday. He was back to his old self, joking with me on the phone and we had made plans for him to possibly move out west and live the re
1 comment
Read more
More posts