Showing posts from February, 2010
Show all

- February 24, 2010
I had a dream last night I was helping my ex wife move into a new house by a lake. It seemed in the dream she was trying to repair our relationship or at least trying to get closer than we have been. Her dad showed up at one point outside a window and saw me, seemingly unhappy I was there, but left saying he would respect our privacy and come back later. Next I remember going outside to the lake, where there was a small beach which other people and children playing on the beach. Carrie told me to go down by the water and check on the kids. I walked up to a stream that was flowing into the lake, there were some small water falls in the stream. As I got closer I could see what appeared to be large Trout, rainbow trout perhaps, very colorful stripes of red, green and a little blue. They were trying to go up stream, jumping up the waterfalls and I could see most of them were laying their eggs and the eggs would wash down stream. The strange part was some of these fish would lose their tail
Post a Comment
Read more 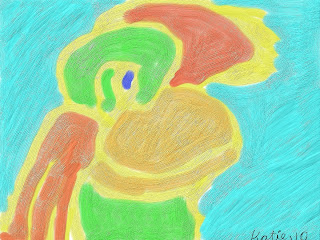 My oldest daughter created this today on the computer. Digitally painted with my Wacom artpad. I am finishing up a new piece of artwork myself and should have it later today. Todd
Post a Comment
Read more 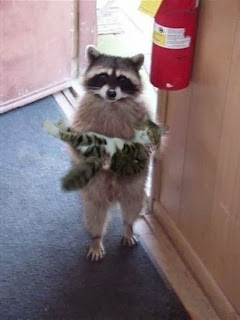 I had a dream of a grey striped cat, the cat could talk to me, The cat thought he was proud, the king of his yard. A racoon came walking into the yard. Where the cat said, watch this, I will kick this racoon's butt. A fight ensued. Soon after two bears came out of the woods, and pounced on both the cat and racoon that took off running toward train tracks. I ran over and chased off the bears to find my cat friend and the racoon lying dead. Felt as if the dream was telling me not to get involved in a fight or situation with someone, because a bigger enemy lay hiding in the shadows. The proud cat should have just mind its own business. Todd
Post a Comment
Read more
More posts